Like many open source maintainers, I have always been frustrated by the lack of functionality with Github’s notifications interface. I want to keep track of many different projects and organizations but there just aren’t good ways to organize so many subscriptions. On top of that, the ManageIQ project alone has so many pull requests and issues filed against it in a given day (about 3x more than Ruby on Rails, if you’re more familiar) that following ManageIQ/manageiq is simply too many notifications to effectively browse and organize on Github.

Most people (I think) use emailed notifications (typically with Gmail) as a replacement. I wanted a way to manage that further. “Use Google Apps Scripts”, people said, but I found that solution pretty hacky and lacking. So I created dug, a Ruby gem that uses Google’s Gmail API to sort through those notifications better than the Gmail interface itself or Google Apps Scripts could anyway.

Dug is a great little gem, and does what it intended to do. In the end though, what I really wanted was a more native experience outside of the shackles of email. I wasn’t really daring enough to spend the time to write such a project myself, however.

Somebody else was! Last month, Andrew Nesbitt released what would soon be known as Octobox, an open source Rails application that organizes your notifications using the Github Notifications API directly. 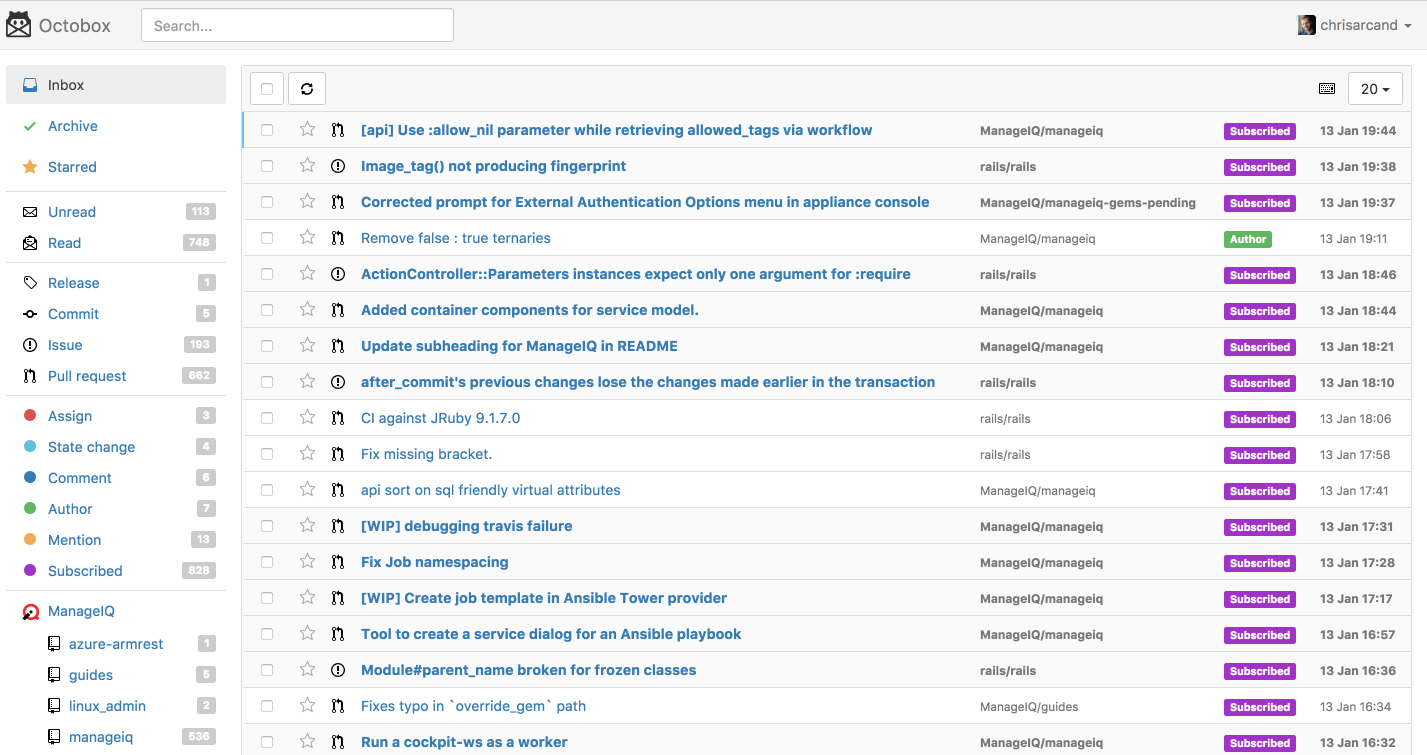 I’d much rather spend my time helping a larger community of people than maintaining something separate, so with people actively contributing to this effort and Andrew being a great maintainer I’ve decided to stop maintaining dug and help contribute to Octobox instead. Give a try for yourself at octobox.io